Example Using a Distribution to Approximate the CDF

This example appears in the System Analysis Reference book.

Consider the system shown next.

Assume that the system can be approximated by a 2-parameter Weibull distribution with [math]\beta =2.02109\,\![/math] and [math]\eta =1123.51\,\![/math]. In BlockSim, this is accomplished by representing the entire system as one distribution. To do this, click the Distribution fit area on the diagram's control panel, as shown next.

This opens the Distribution Estimator window, which allows you to select a distribution to represent the data. 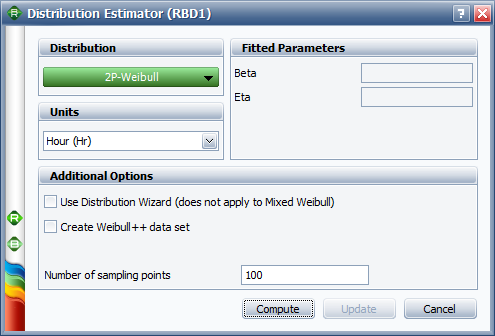 When enough points have been generated, the selected distribution will be fitted to the generated data set and the distribution's parameters will be calculated. In addition, if ReliaSoft's Weibull++ is installed, the fit of the distribution can be analyzed using a Weibull++ standard folio, as shown in the next figure. It is recommended that the analyst examine the fit to ascertain the applicability of the approximation. 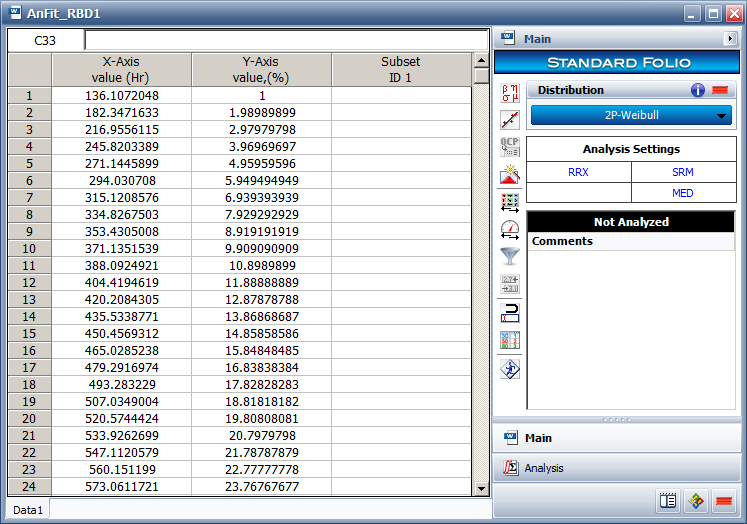