Determine the reliability at 1,000 hours for this component. 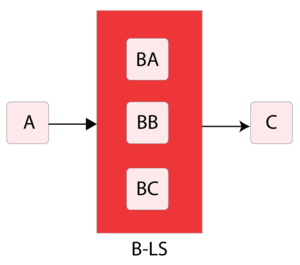 The next step is to set the weight proportionality factor. This factor defines the portion of the load that the particular item carries while operating, as well as the load that shifts to the remaining units upon failure of the item. To illustrate, assume three units (A, B and C) are in a load sharing container with weight proportionality factors of 1, 2 and 3 respectively (and a 1-out-of-3 requirement).

The actual load on each unit then becomes the product of the entire load defined for the container times the portion carried by that unit. For example, if the container load is 100 lbs, then the portion assigned to Unit A will be [math]100\cdot 0.166=16.6\,\![/math] lbs.

The last properties that need to be defined are the total load and the 2-out-of-3 redundancy. The total load is dependent on how the parameters were computed. In this case, the total load was assumed to be 3 when the parameters were computed (i.e., the load per item was 1 when all worked and 1.5 when two worked). For the 2-out-of-3 redundancy, the following figure shows the Block Properties window of the load sharing container with the number of paths set to 2. When all of the parameters have been specified in BlockSim, the reliability at 1,000 hours can be determined. From the Analytical QCP, this is found to be 98.1048%. 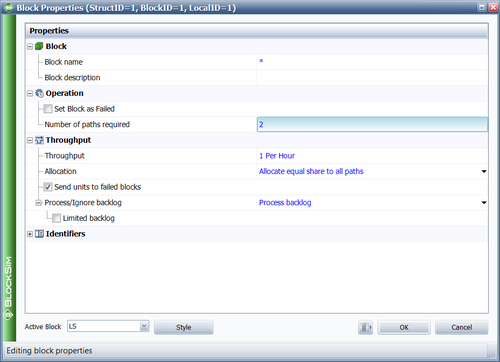