In an OR gate, the output event occurs if at least one of the input events occurs. In system reliability terms, this implies that if any component fails (input) then the system will fail (output). When using RBDs, the equivalent is a series configuration.

Consider a system with three components, A, B and C. The system fails if A, B or C fails. Draw the fault tree and reliability block diagram for the system. The next two figures show both the FTD and RBD representations.

The figure below shows the analytic equation from BlockSim. 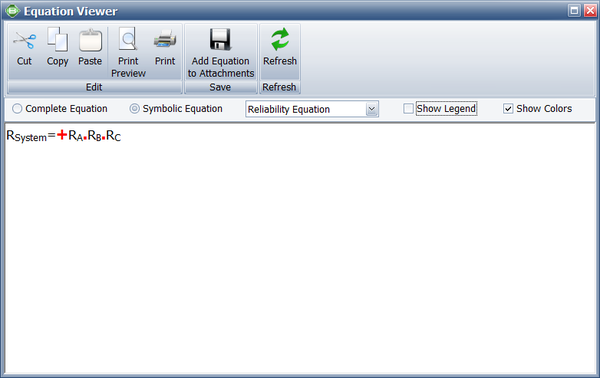